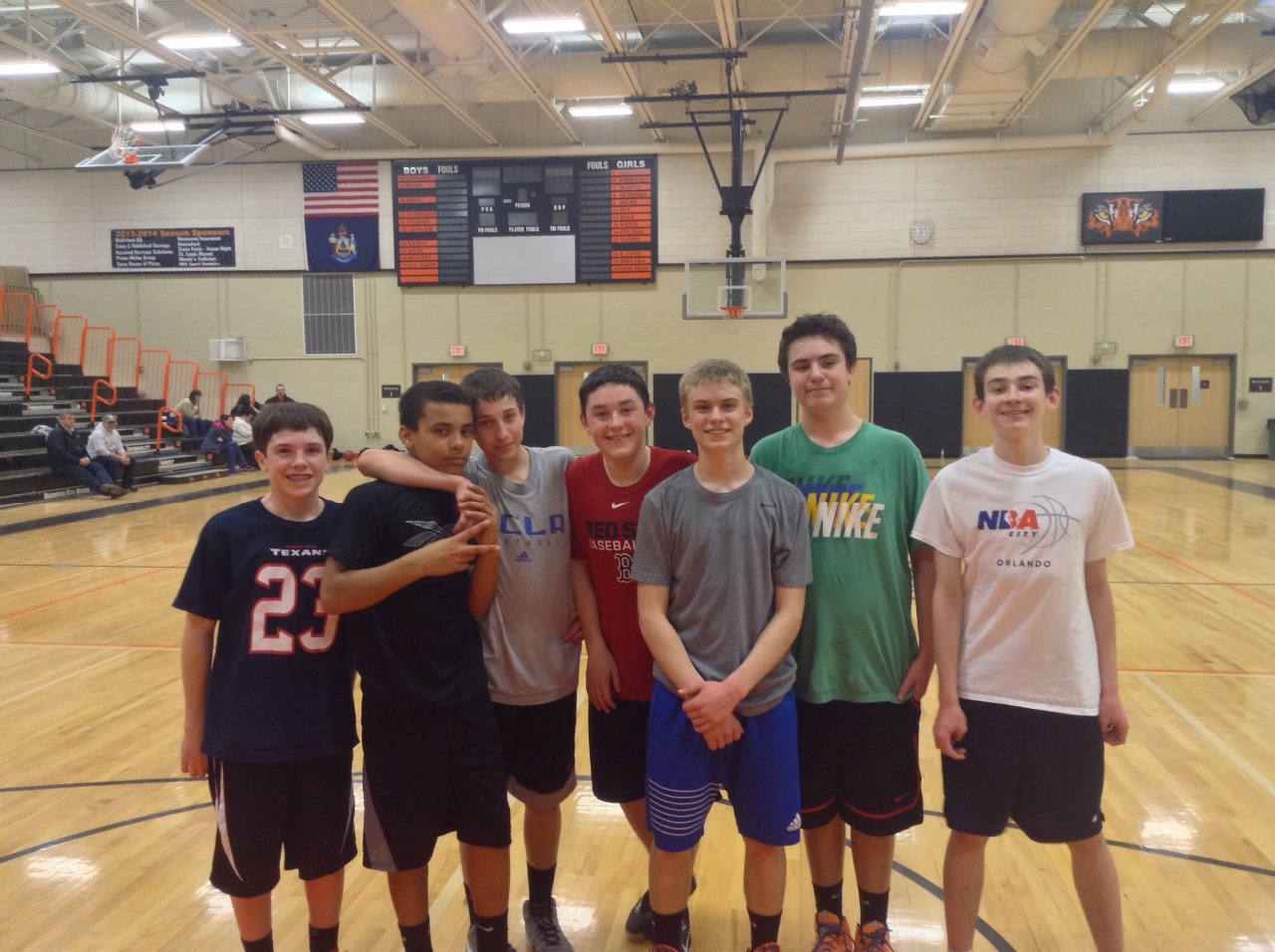 The Tigers won their first round playoff game before losing in the second round.  CJ had his best defensive game of the spring season in the first game getting many rotation steals.  In the second game, CJ was the team's leading scorer.  The team as a whole did a nice job of checking out in the first game and running the fastbreak.  In the second game, the Tigers were just overmatched.   The Tigers finished 6-4 in the spring league.  Many of the players are this team played basketball in the fall, winter, and spring sessions and have improved individually and as a team.

The Tigers went 1-1 on Saturday.  In the first game, the Tigers played a good first half with the score tied 25-25, but in the second half the Tigers had trouble stopping the fastbreak and loss by 9 points.  In the second game, the Tigers controlled the game throughout winning by double digits.  The Tigers improved to 5-3 and will have playoffs on April 12th.

The Tigers defeated BE in the first game.  Camden Saucier played his best game of the season grabbing numerous offensive rebounds.  His improvement from the summer recreation camp is huge for the Tiger basketball program.  Breece Sleeper led the team in scoring with 12 points.  In second game, the Tigers played very hard with only five players to lose by four points.  Physical play and outstanding effort was awesome from all five players.  Kyle Norton played a nice defensive game playing very well against MBnation's best player.  CJ Labreck has improved tremendously on the defensive end with on ball and help side defense.  MBNation's best player was Breece Sleeper who's attacking play was the difference in their victory so the Tigers will be alright in the future.  The Tigers are now 4-2 in the spring league. This group of 7 players are playing excellent in Biddeford's varsity offense and are playing great help side defense. 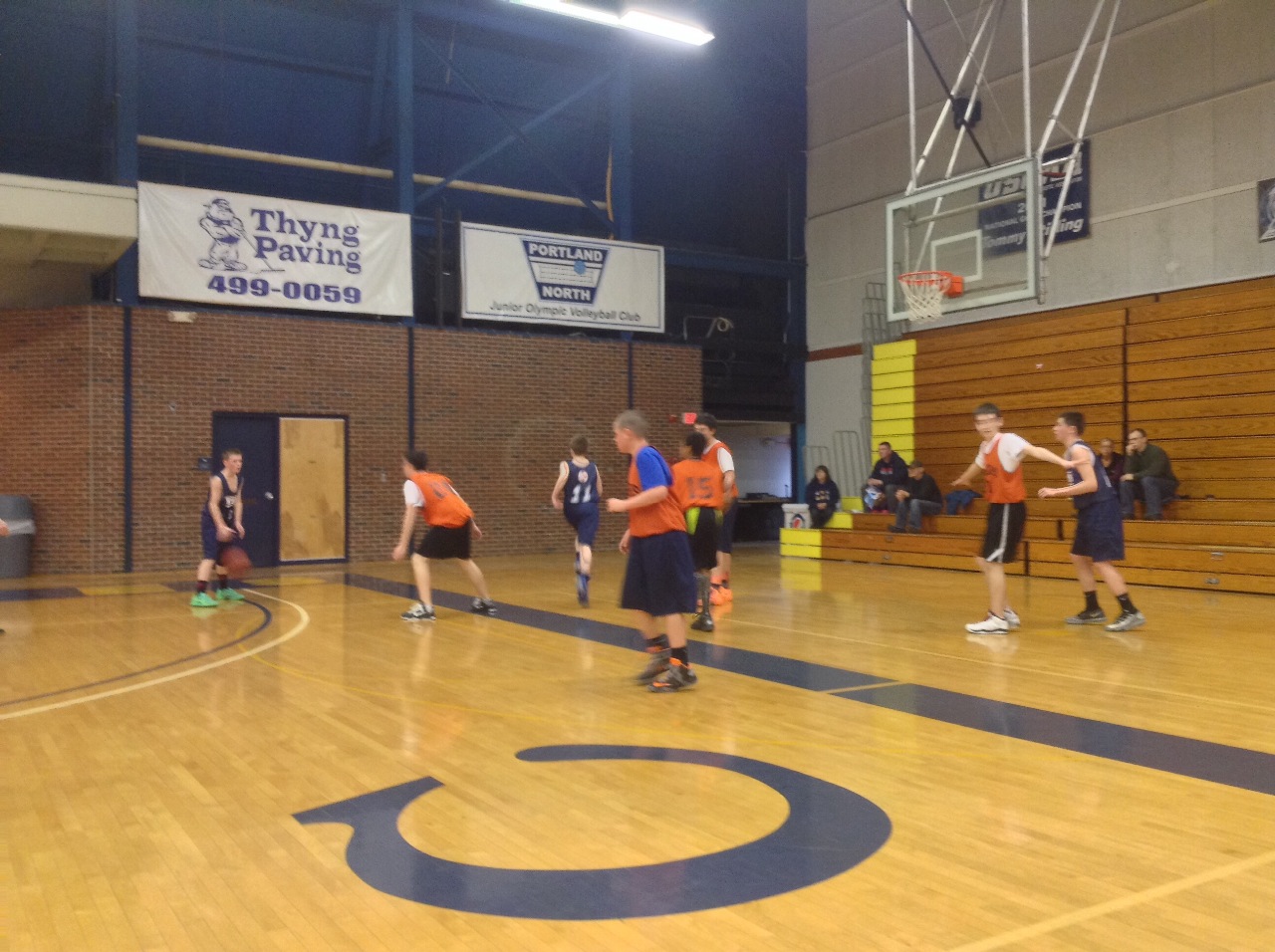 The Tigers were short handed today with only five players.  However, if the first game vs. Falmouth, Biddeford played very well scoring over 60 points in an easy win.  Cody Saucier and Breece Sleeper we're stand outs, leading the team in scoring.  The Tigers then played a MBNation team and lost by 6 points.  6th grader Marc Reali stepped in nicely for the Tigers and played well.  CJ Labreck had an excellent shooting game make many outside shots.  The Tigers are now 3-1 in the league.

The Tigers won both games on Saturday in action at SMCC.  The team did an excellent using their speed and athleticism to score in the open court.  Breece Sleeper did an excellent job with on ball pressure in the 2nd game.  CJ Labreck shot the ball very well making multiple outside shots.  Kyle Norton picked up an offensive foul.  The Tigers are 2-0 and will play two more games next Saturday.